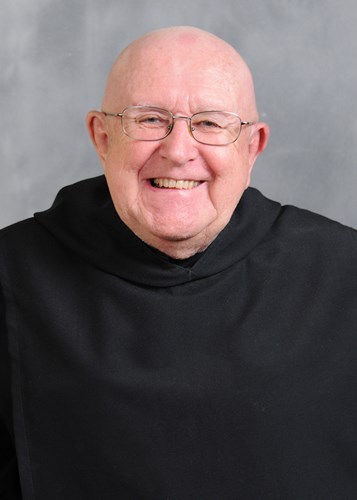 Fr. Benedict Meyer, OSB, 91, a monk and priest of Saint Meinrad Archabbey, St. Meinrad, IN, died on December 14, 2018, at the monastery. He was a jubilarian both of profession and priesthood.

Following his ordination, he studied at The Catholic University of America, from which he was awarded a licentiate in sacred theology and a master’s in classics in 1957. Fr. Benedict taught Latin and Greek in Saint Meinrad’s minor seminary from 1955 through 1962.

In July of 1962, he was one of the first Saint Meinrad monks to travel to Huaraz, Peru, and establish a priory. He served there as rector of St. Francis de Sales Seminary; later, he worked in Brazil.

In 1978, Fr. Benedict returned to the United States, beginning 26 years of serving religious communities and parishioners in Arkansas. He was chaplain to the Benedictine Sisters at Holy Angels Convent in Jonesboro (4 years), visiting professor at Monastery of Our Lady of Charity and Refuge in Hot Springs (7 years), and pastor/administrator of St. John the Baptist Parish in Brinkley (15 years).

Returning to the abbey in 2004, he served as a commuting chaplain and confessor at Monastery Immaculate Conception, Ferdinand, until 2009, when he retired from fulltime pastoral ministry.