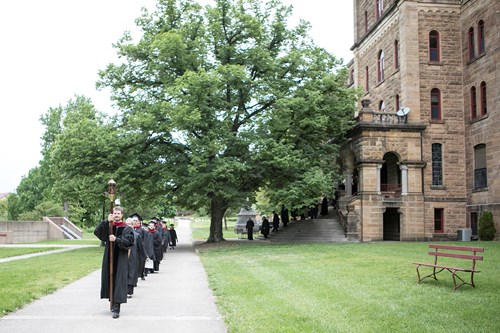 Graduates of Saint Meinrad Seminary and School of Theology, St. Meinrad, IN, were awarded master’s degrees on May 11. Graduates accepted their diplomas from the Rt. Rev. Kurt Stasiak, OSB, archabbot of Saint Meinrad Archabbey and chairman of the school’s Board of Trustees.

The commencement address was given by the Most Rev. Joseph M. Siegel, bishop of the Diocese of Evansville, IN.

Receiving Master of Divinity degrees were:

Tyler Huber and Jack Wright, Archdiocese of Indianapolis, IN;