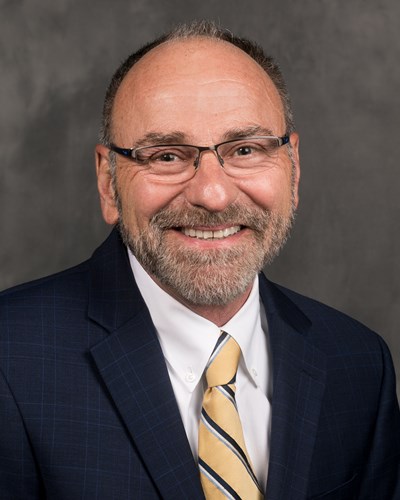 He was born July 6, 1955, in Toledo, OH, to Joseph and Ethel (Minarcin) Ziemianski, who preceded him in death. Surviving are his best friend, Michael Day of Floyds Knobs; his sister, Marilyn Fox and her husband, Thomas, of Maumee, OH; and many beloved nieces, nephews, and extended family.

Mike grew up in Rossford, OH, and was a 1973 graduate of Rossford High School. He worked for his family’s business for several years, both in Ohio and in Phoenix AZ. His faith led him to college seminary at Saint Meinrad College in Indiana, where he earned a B.A. in Spanish in 1987.

For a few years after college, he worked for Mercy Academy in Louisville providing retreat experiences for the students. In 1989 he returned to Saint Meinrad and began his professional association with Saint Meinrad Archabbey and its Seminary and School of Theology, which lasted for more than 25 years.

During his tenure there, he served as the Director of Annual Giving, the Director of Development for 13 years, and since 2008 as the Vice-President for Development. In his role, he led the fundraising efforts for several significant projects, including the renovation of St. Bede Hall, the expansion of the monastery infirmary, the repair of the Archabbey Church bells, and others.

In December 1997, he left Saint Meinrad to work as Director of Development for the Kentucky Center for the Arts in Louisville, returning to his alma mater about 18 months later to continue working for Saint Meinrad’s Development Office.

In December 2007, Mike received the Distinguished Service Award, the top award given by the Council for the Advancement and Support of Education (CASE) – District V. He had served on the CASE V Board of Directors for a number of years, including as district treasurer and board chair.

Mike believed strongly in community service. In 1997, he became involved as a volunteer for the Kentucky Derby Festival. This led to an association with the Festival that continued until his death. In 2003, he was named the Volunteer of the Year and also served on the KDF’s Board of Directors, most recently as chair-elect. He was due to serve as chair this year until his illness.

A member of Cathedral of the Assumption Parish in Louisville, he served for over 20 years as an extraordinary minister of Holy Communion. In addition, he was a member of the Bishop Flaget Society; served on the organizing committee for “Let’s Dance Louisville,” an annual fundraising event for the Feed My Neighbor program; and could be found tending bar when needed.

Following are the visitation and service times. All times are Eastern time.

Luncheon immediately following in the Undercroft

Luncheon at the Church

In lieu of flowers, memorial gifts may be made to the Monte Cassino Shrine endowment at Saint Meinrad Archabbey or to Cathedral of the Assumption Parish.