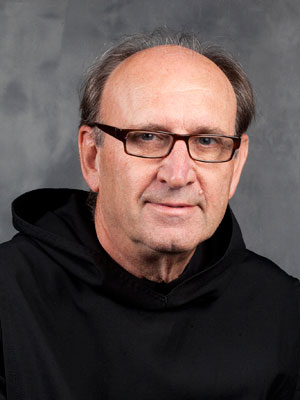 From 1996 to 2008, he served as the Novice and Junior Master for the Archabbey, becoming interested in the translation of early Latin monastic literature. He has recently finished a new translation of the Rule of Benedict.

Each year he teaches core courses in Old Testament narrative and poetry and related electives, particularly on covenant and the Psalms. He maintains a great interest in languages and regularly teaches Hebrew, Greek and Latin.

He served on the Renovation Committee of the Archabbey Church (1993-1997) and maintains an interest in church architecture.

Since 2000, he has produced three CDs of Gregorian chant for which he has written some of the English texts. He also developed the Meinrad chant font.

Since the publication of Awake, My Soul in 2002 by OCP Publishers, he has published over 40 hymns.