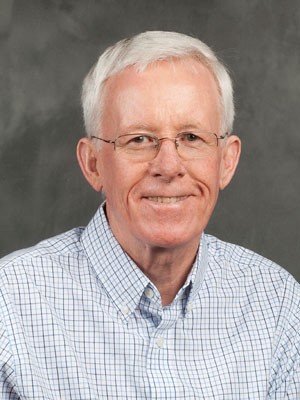 Dr. Tom Walters, professor emeritus of religious education, has been at Saint Meinrad Seminary and School of Theology since 1983. His areas of expertise are religious education and catechetics. His research interests have centered on parish and diocesan catechetical leaders in the United States: who they are, what they do and their effectiveness.

Dr. Walters is a well-known author and speaker. He has given numerous presentations and workshops to catechetical leaders at national gatherings and in dioceses throughout the country.

His more recent books include: Lay Ministers and Their Spiritual Practices (Our Sunday Visitor, 2003), co-authored with James D. Davidson and others, and A Crucial Key (National Catholic Educational Association, 2009), a study of generational differences among current and future catechetical leaders, which he co-authored with his wife, Rita.

Tom and Rita are the recipients of the NCEA's 2012 C. Albert Koob Award for outstanding contribution to Catholic education.