For the Scriptures Rouse Us 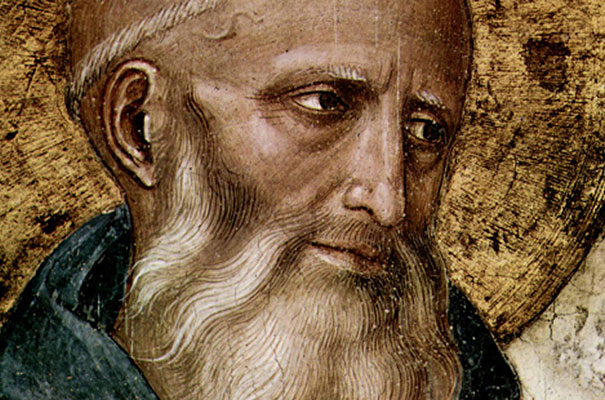 "Let us get up then, at long last, for the Scriptures rouse us when they say: It is high time for us to arise from sleep [to] open our eyes to the light that comes from God..."

These are difficult times. Our nation is engulfed (again) with outrage over the unjust use of deadly force on a black man - a tired and all-too-often reprised refrain - as if a coronavirus pandemic wasn't enough to worry about.

The disgust many Americans have with systemic racism is shared with many others as protests erupt in major cities throughout the world. The world joins us in expressing the desire for a systemically just humanity – what God wants as well.

As a monk, it is especially disquieting to hear about the violence that justified protests sometimes descend into; monks are to pursue peace. Monks are also to keep before their eyes the “end times,” the judgment and our own personal death, but also we’re to have a robust thirst for the Kingdom of God: “yearning for everlasting life with holy desire” (Prol. 46).

God’s kingdom is not of this world, said Jesus, but that doesn’t mean that God isn’t using the stuff of this world – which, after all, is created by God and declared to be good – to build that Kingdom. The building blocks of the Reign of God are precisely what St. Benedict calls “tools for good works,” a list of 74 actions and attitudes by which the monks will build and sustain a loving community (read “society”) that strives to be truly just, i.e., in right relationship with God and with each other.

We have to wake up, all of us, to the signs of our times and begin to perk the ears of our hearts to the voice that comes from God, to hear his voice daily, and to not harden our hearts to it (RB Prol. 9-10). This demands something of each of us. Hard hearts are impervious to the demands of charity. Hard hearts are cold and careless about the needs of others. Hard hearts are turned inward on themselves, riven by selfish greed, complacent, concerned only with one’s own tribe, church, race, nationality, and all the other ways we distinguish ourselves over/against others.

What can any of us do in the face of such enormous human need? Pray, for one. Pray fervently that God will “judge the world with justice” (Ps. 9:9) and that God’s presence among us can be known in this world because you and I are standing firmly rooted in the Gospel of Jesus Christ, who so loved the world that He died for its salvation. Pray for those who suffer injustice in whatever form.

But prayer is not enough, and was never intended to be. Educate yourself about the injustices that the disadvantaged suffer, especially those who do not enjoy the privileges of the “majority.” Know what people of color especially have had to endure in America for the past 400 years (ever since slaves were first imported into Jamestown in 1619).

Know about the issues surrounding immigration and the way government policies have treated those who have fled their own countries because of violent threats to their children. And be willing to participate politically in local and national government. It is more than a “right”; it is your duty and an act of holy obedience. And may we, through patience, share in the sufferings of Christ that we may deserve also to share in his Kingdom! (RB Prol. 50)