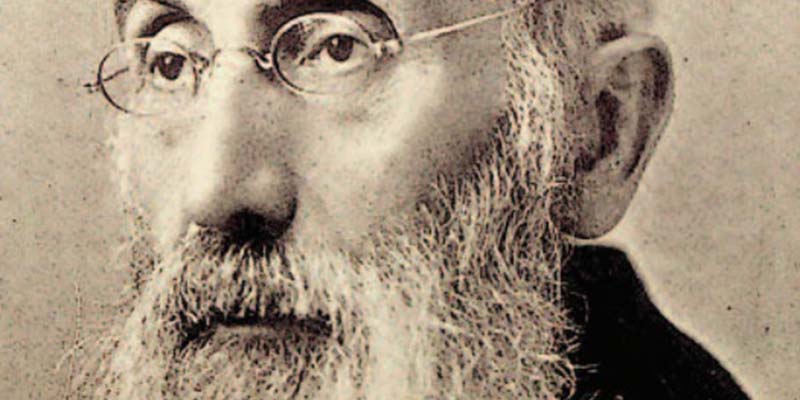 Fr. Isidore Hobi was one of the first monks to join the new monastic community in southern Indiana that was founded by Einsiedeln Abbey in Switzerland. A Swiss native, he was born in 1830 and professed his vows as a Benedictine monk of Einsiedeln in 1855. He was ordained a priest the following year.

The abbot of Einsiedeln sent Fr. Isidore to Saint Meinrad in 1857. There he did pastoral work on Sundays and was put in charge of the mills and the school.

Fr. Isidore also helped to establish the town of St. Meinrad. To commemorate the 1000th anniversary of the death of the martyr Meinrad in 1861, the land around the abbey was surveyed and platted for 80 lots and recorded at the county courthouse by Fr. Isidore. The following year, a post office was established and Fr. Isidore was appointed the first postmaster.

When Fr. Martin Marty was sent from Einsiedeln to either close the struggling priory or prove it viable, he asked the abbot to choose Fr. Isidore as the priory’s superior. He served in that role from 1861 to 1865.

Much of Fr. Isidore’s legacy comes from his work in education. He both taught and served as rector of the seminary, and he had strong ideas about how best to form future priests. To foreign-born seminarians, he offered this advice: “You must first of all learn English; you must learn to eat tomatoes; and you must learn to mind your own business. That’s American.”

Fr. Isidore also established the first pastoral education program at Saint Meinrad. He served as the first rector of the seminary, from 1861 until the end of his life.

Like many of the founding monks, he performed a variety of jobs as the fledging community struggled to gain a foothold in southern Indiana. At various times, he was assigned to serve at parishes in Jasper, Celestine, St. Meinrad, Ferdinand and Fulda.

Fr. Isidore was also one of two monks sent to Arkansas in 1877 to choose a site for a new foundation, which eventually became Subiaco Abbey.