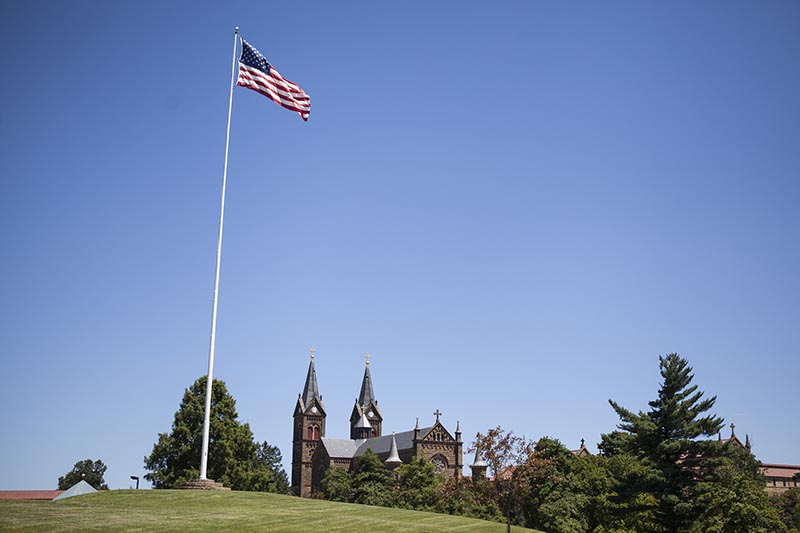 "He must be chaste, temperate and merciful ... always let mercy triumph over judgment so that he too may win mercy ... hate faults but love the brothers."

It is not “news” to say that Americans are a divided people. We are highly competitive and do not like “not getting our way”! Probably you were like me, still a little child the first time you experienced conflict – having a tiff over a toy, or a meltdown when a parent insisted that you eat your broccoli, share your crayons with your sister or clean up your room.

Disagreements and conflict are a natural and inevitable part of being human. We are “social creatures,” and we can only fully realize our humanity in and through relationships, which is what it means to be a “person.” Christians believe we are “made in the image of God,” and as God is personal, relational, and as such, communal (Father, Son and Holy Spirit), so are we.

Disagreements and conflicts among persons are not a problem, but an obstinate “need to be right no matter what” is a serious problem for a community. To be truly like God, as God intends us to be, we must learn to love like God loves: generously and selflessly.

The Rule of St. Benedict addresses the election of the abbot in Chapter 64. Here, Benedict lists the criteria for “choosing the one to be made abbot,” with every member of the community up for consideration, “even if he is the last in community rank” (64.2). So, this chapter might also be understood to describe what each monk should strive to be like – every one of us, to the “last in community rank.”

Of course, monks do not join a community hoping to become abbot (presumably): “his goal must be profit for the monks, not preeminence for himself” (64:8). When we keep in mind what “profits the monks” (others), the community grows stronger – more united and more virtuous (Godly).

Disagreements do not have to end in violent clashes, like the strife that has occurred lately in America over politics, religious opinions, and issues of racial equity and social justice. Disagreements need not divide us, but prolonged hostility will wear down a community (or a family or a nation) and break it apart eventually.

When we fail to respect others, fixating on our own need for “preeminence,” we pour acid on the bonds that unite us. For some in America today, to even listen to viewpoints different than one’s own is out of the question.

The abbot, writes Benedict, must be “chaste, temperate and merciful” (64:9). To be chaste means to love in a way that respects the human dignity of others. By “pursuing what he judges better for someone else,” as we read in Benedict’s chapter on the good zeal of monks (72:7), each member contributes to the unity of the whole.

St. Benedict wants us to compete “to be the first to show respect to the other” (72:4; Rom 12:10). “Let mercy triumph over judgment” (64:10; James 2:13), because if we won’t forgive others, and thus restore relationships that have become divisive or discordant, then we ought not to expect forgiveness from others, not even from God, warns Benedict (echoing the Lord’s Prayer)!

“Strive to be loved rather than feared” (64:15). If we want to know peace, then we must pursue peace; we must not be “obstinate, jealous, or oversuspicious” (64:16). These criteria for choosing an abbot are meant for everyone; and if everyone strives to cultivate these virtues, God will see our good efforts and will fulfill in us what God began in us, holding us together, in communion with Christ, as a credible witness to what God intends humanity to be!