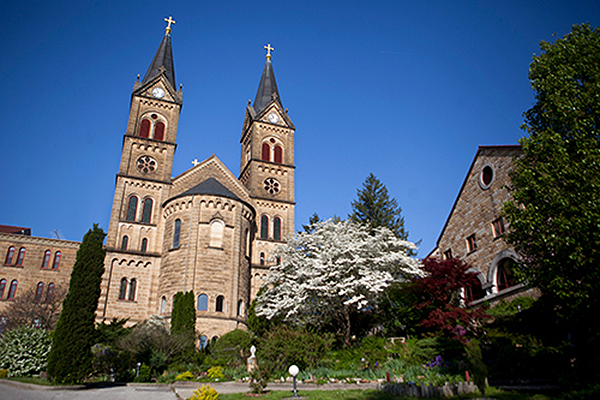 God said, "See, I have given you every plant yielding seed that is upon the face of the earth, and every tree with seed in its fruit; you shall have them for food." Genesis 1:29 (NRSV)

There is a story about Duke Godfrey of Bouillon, one of the leaders of the First Crusade. As Duke Godfrey lay dying in Jerusalem, he summoned one of his knights. The story goes that Godfrey gave this knight a small casket and instructed him not to open it until he completed the return journey to Godfrey's Château Bouillon in Belgium.

I can imagine Godfrey near death, hands trembling, holding out this box with its precious contents. I wonder if he told the trusted knight that this small box held the most valuable thing he had found in all of his travels.

After what must have been a harrowing journey, the knight stood at last on the castle rampart where he opened the casket. Inside he found no jewels or gold. Instead, out blew hundreds of seeds, swept by the wind to the ground below. Today, many generations later, the small pink flowers said to have come from those seeds still bloom around the castle walls.*

I remembered Godfrey's story a few days ago when we watched Seed: The Untold Story. This documentary casts light on a worldwide movement to preserve traditional seeds. From the Global Seed Vault opened in 2008 in Svalbard, Norway, to people in far-flung locations, there is a grassroots effort to save seeds that can be sown, grown, harvested and replanted year after year, unlike many hybrid seeds developed by large corporations.

There is a group that has gathered, preserved and cataloged hundreds of varieties of bean seeds. One man has dedicated his life to scouring some of the most inaccessible places on earth to find and save seeds from little-known edible plants. His hope is that through discovering and preserving seeds from edible plants, the world's common food supply will be increased.

A few weeks ago, a catalog from Annie's Heirloom Seeds arrived in our mailbox. I had never heard of Annie's and had not requested this catalog. Since then, I have discovered that this is one of many companies devoted to the preservation and distribution of heirloom seeds. To be classified as "heirloom," a seed must be able to be traced back at least 50 years.

I'm not much of a gardener, but I do like to look at seed catalogs because of the beautiful photos and because seed catalogs remind me that the world is full of possibilities waiting to germinate. From Annie's catalog, I learned that ready-made heirloom seed collections for herb gardens, container gardens and even small gardens for children are available. This is enough to tempt even a couch potato like me to join a growing "underground" movement.

Just as seeds are carried by the wind, the Spirit moves across the face of the earth. Ideas sprout, take root and bear fruit. Perhaps, even now, as humanity seems bent on destruction, provisions are being made to save us from ourselves. Or, maybe, like Duke Godfrey near the end of his life, our eyes are only now being opened to what really matters.