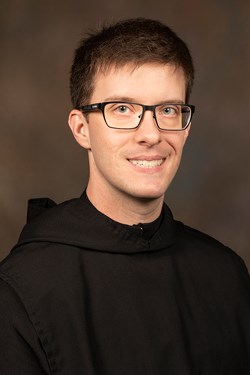 Fr. Nathaniel Szidik, OSB, and Fr. Kolbe Wolniakowski, OSB, were ordained as Roman Catholic priests by the Most Rev. Charles C. Thompson, archbishop of the Archdiocese of Indianapolis.

The ordination was held in Saint Meinrad’s Archabbey Church, St. Meinrad, IN.

Fr. Nathaniel is a native of Grand Rapids, MI, and a 2011 graduate of the University of Dayton with a bachelor’s degree in chemical engineering. He joined the monastic community in 2015 and professed his vows on January 20, 2016.

He worked for three years as a production manager in the byproducts and coal handling divisions at United States Steel in the St. Louis, MO, area. He also served as a college intern for two summers in Saint Meinrad’s “One Bread, One Cup” program.

He will begin graduate studies in Scripture at The Catholic University of America this fall. 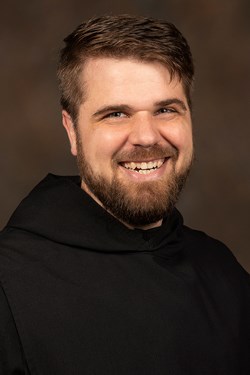 Previously, he worked for the State of Michigan as an insurance complaint analyst in the Department of Insurance and Financial Services.

He earned an associate degree from Lansing Community College in 2009 and a bachelor’s degree in business administration from Northwood University in 2010.

He has been assigned as parochial vicar at St. Paul Parish in Tell City, IN. He also will serve as a spiritual director at Saint Meinrad Seminary and School of Theology.